Back to Singapore industry guides

Solutions tailored to your needs.

Our range of services can be tailored to meet your business needs. Get in touch to find out how we can provide support for your business.

The shifting trend of retail in Singapore

The retail industry in Singapore contributes about 1.4 percent to the GDP and employs three percent of the country’s workforce. 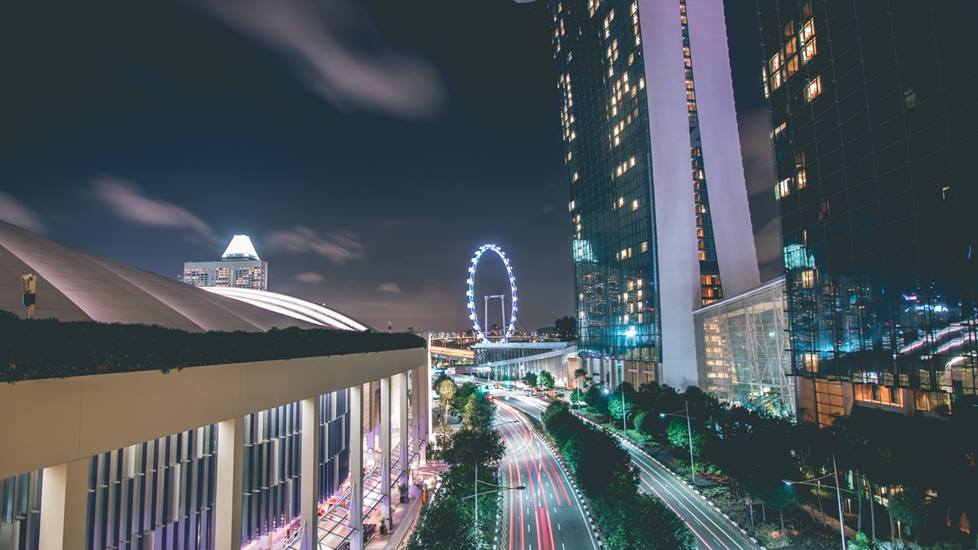 However, traditional Singapore retail stores are struggling to keep themselves afloat, with the triple threat of rising costs, declining sales and industry disruption from e-commerce.

On one hand, the decline in Singapore retail mirrors the global drop in performance of the retail industry – according to a Business Insider report, 3,800 stores are set to close worldwide in 2018 alone.

Store closures are becoming more frequent. In the last five years, international retailers such as Carrefour, Gap and Banana Republic have closed their Singapore storefronts. Local and regional brands, such as furniture retailer iwannagohome and fashion house Raoul have closed their shutters as well.

Is it the end of the road for Singapore’s retailers?

Retail’s decline does not mean that Singaporeans are buying less. On the contrary, Singapore retail’s abysmal performance and the rise of e-commerce is closely linked. While Singapore’s retail sales have gone down, online shopping has increased.

As early as 2014, a survey by Visa ranked Singaporeans as the top online shoppers in South East Asia, while an industry report by Google and Temasek Holdings forecasts the Singapore’s e-commerce industry to grow to S$7.5 billion by 2026.

However, the use of technology in Singapore retail isn’t limited to customers buying goods online; traditional retailers stand to benefit too. From improved and more efficient supply chain procedures to the use of big data to provide personalised services, digital adoption in the retail industry will help Singapore retailers to not just survive but thrive.

Technology – a boon and bane for Singapore retailers

With many retail customers starting their purchase journeys through online marketplaces and Google searches, retailers who use digital catalogues and ‘storefronts’ to complement their brick-and-mortar stores stand to benefit from increased brand awareness.

A study by Singapore Management University’s Institute of Service Excellence found that department store customers who shopped at both physical and online stores were more satisfied, more loyal, and spent more than customers who only shopped at the physical store.

Further incentives for Singapore retailers to develop omni-channel platforms have been introduced by the Singapore government via the Retail Industry Digital Plan (Retail IDP).

Besides utilising online storefronts and catalogues, Singapore retailers wanting to increase footfall to physical stores are also starting to capitalise on enhancing the physical shopping experience. By utilising technologies such as augmented reality (AR) and tech-enabled product personalisation, retailers in Singapore can provide shoppers an experience that engages their physical senses.

For instance, when Japanese retailer MUJI opened its Singapore flagship store in July 2017, it featured a space called Open MUJI that encourages collaborations between local designers and customers through exhibitions, talks, and workshops on their products.

Meanwhile, the OUE social kitchen at Downtown Gallery Mall is equipped with 10 cooking stations that allow customers to cook their own meals – and eat them in a dining space – within the grounds of the mall.

The reinvention of Singapore’s retail industry can help the industry to recover its losses in the past decade. In the first quarter of 2018, Singapore’s Urban Redevelopment Authority (URA) reported that the rental index of retail space has gone up by 0.1% - its first increase after a continual decline in the preceding three years.

Other data by Singapore’s Department of Statistics show that Singaporeans have not stopped shopping. Excluding motor vehicles, the retail sales index in March 2018 has gone up by 2.6% from a year before, with significant gains achieved by department stores (9.1%), food retailers (6.1%) and medical goods and toiletries (6.2%).

Singapore’s retail scene is far from becoming a sunset industry. With technology as an enabler to enhance traditional retailing and storefront experiences, the industry is set for a slow but steady recovery in the next few years.

Fashion and luxury: a shifting landscape 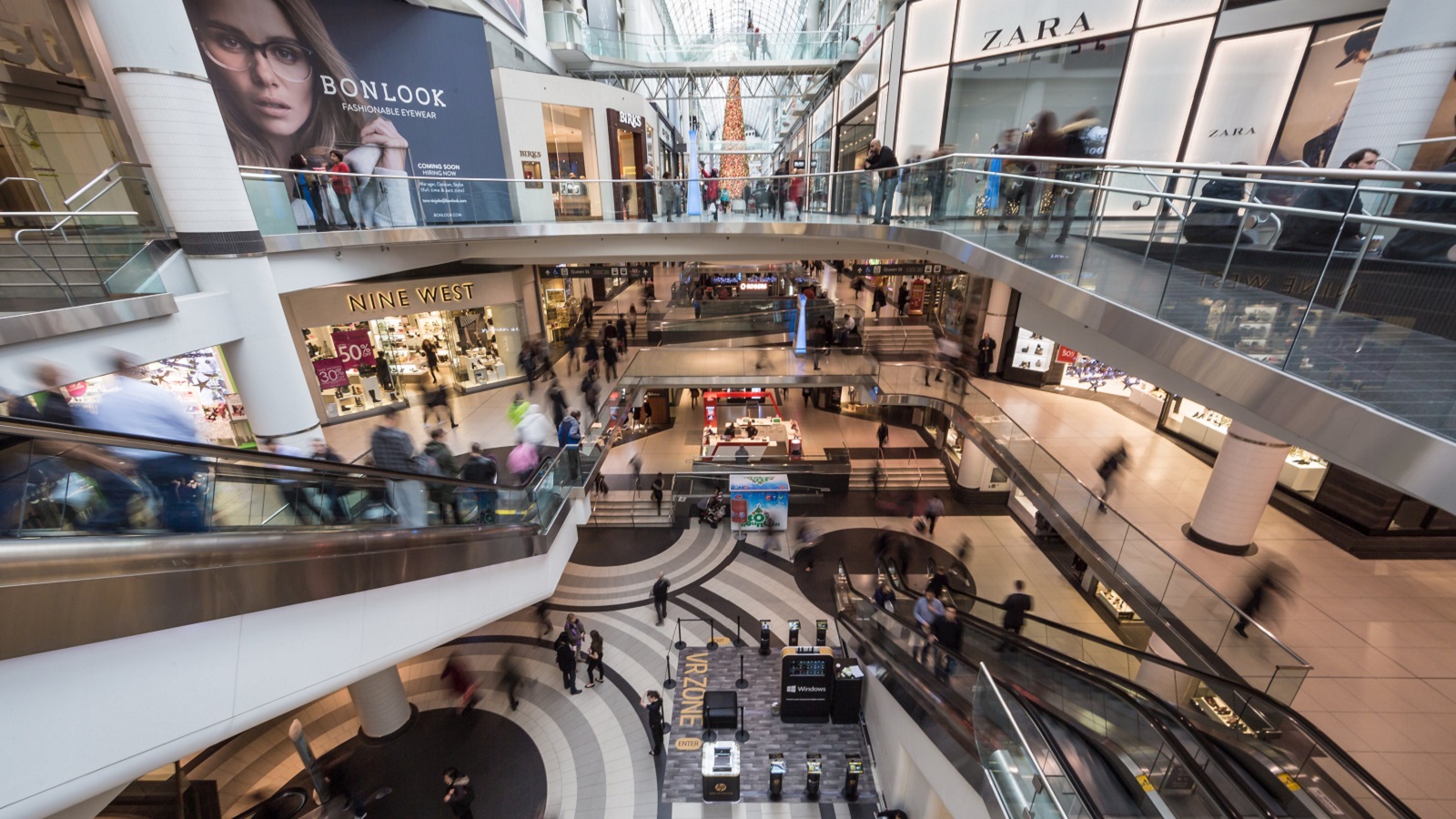 Big ticket brand names in the luxury and fashion arena have always thrived in Singapore but did not manage regardless to escape headwinds described above. Such brands concentrate in the worldwide famous clusters of Orchard Road (ION, Paragon, Ngee Ann City and Wisma Atria), Marina Bay Sands, Changi Airport and to a lesser extent Raffles City. In such clusters, it is still very difficult to spot vacancies as brands are constantly attracted to have their presence in Singapore – which is considered the luxury hotspot / high street location for South East Asia – but turnover has been quite steady.
What has compounded the difficulties for new brands entering and/or surviving such market landscape, has also been the changing appetite of local distributors/franchisees who in the past, were hungry for brands to include in their portfolio for Singapore, but that now are on one hand, offloading existing brands they carry and are not considering to take on board new brands and the investments required.

On the other hand, the most important shopping malls in town are in constant search for new brands who can help them to differentiate themselves from their competitors. In a very much standardised and dull colour palette of retail offerings, whereby the colours represent the brands, new and smart additions are very much one of the keys to make a mall more attractive than another one or at least for a mall to be the talk of the town.

So, where do we go from here? Not many options are left, brands (big or small) who rightfully feel that, aside from Hong Kong and China, Singapore is an important showcase as well as a crucial gateway to ASEAN’s retail shoppers, and they have the sole option of investing directly by setting up their own company, renting the retail shop, managing the shop staff, etc. But given that the returns are difficult to achieve in the short term in light of the competition and higher costs, this has to be a medium-term strategy.

Typical distributors and franchisees however are not completely out of the picture. When they see an opportunity for an interesting brand to come to the market they will offer their assistance (for a monthly fixed fee plus success base bonus) in the form of a management service whereby they will manage the people, communication with landlord, visual merchandise advisory and other services. All very nice and also useful but, not to be forgotten, all the risks, capex and pain stay with the brand.

How can Hawksford help retail investors into Singapore?

Besides having a wide range of useful information to which you can refer for running a business in Singapore, we can also, at all levels, share with you our extensive expertise in this sector. It spans from day to day practical tips on how to successfully implement a set-up of retail activities up to advising on the shopping malls landscape, their positioning, the strategies and strengths and much more.

We work with numerous fashion and luxury brands from all over the world who completely rely on us to take off their table the burden of the back-office activities such as management reporting / accounting, tax, payroll and corporate compliance. Should you require so we can share with you a presentation of our most representative clients in the retail sector.

Disclaimer: All materials have been prepared for general information purposes only to permit you to learn more about Hawksford, our services and related matters.  The information presented is not legal advice, is not to be acted on as such, may not be current and is subject to change without notice.

Get expert advice to incorporating in Singapore.

Whether you are looking to set up a retail branch or expand your business in Singapore, we can offer the support you need.

You may find these Singapore business guides useful in helping you make your decision:

Setting up a Retail Outlet in Singapore

A comprehensive online guide on setting up a Retail Outlet in Singapore. Find out everything there is to know.

Registering a Singapore company? Here’s the only company registration guide you’ll ever need.

Looking to incorporate or expand your business to Singapore? Depending on your business objectives, here are some options that you can consider.

Guide to Business Licenses and Permits in Singapore

Read our concise and up-to-date guide to the common licenses and permits required when you are starting a business in Singapore.

Not sure what you need to get started?

We have service packages with everything to get you started. Let Hawksford help you get your business started in Singapore.